2018 just got a lot heavier, as heavy metal favorites Five Finger Death Punch have announced a small line of tour dates with the likes of Shinedown. The month of May is one that will open up the pits of various parts of the U.S. With a scattered line of dates that allows for just a short window for fans to take in the live Five Finger Death Punch experience, some will have to act quick, while going long and far to make it happen.

Both Five Finger Death Punch and Shinedown will kick things off in Nashville, TN on May 8th, staying primarily on the east coast, until they wrap things up in Casper, WY on May 30th. The party won’t just start with Shinedown, as two other heavy hitting bands will be coming along to open up, with both Starset and Bad Wolves joining the bill.

For the hardcore fans, VIP tickets will go on sale today beginning at 11am EST, with pre-sale going out on Thursday, and general on sale proceeding that on Friday. 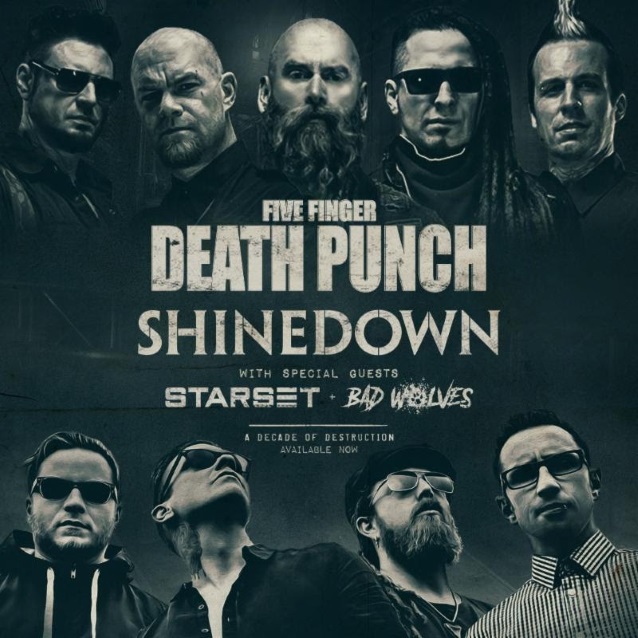 Eric Bass of Shinedown and Prestige Guitars Ltd. are proud to announce the launch of …

Shinedown, 311 and Weezer will headline the third edition of the SandJam annual rock music …